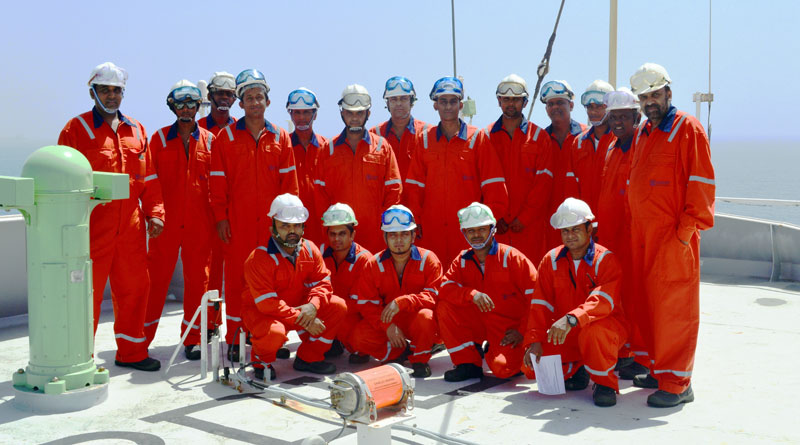 If you are a dynamic individual searching for a meaningful career at workplace that will value your talents, click on the link below to learn more about our range of global opportunities and how quickly you can step on-board click here 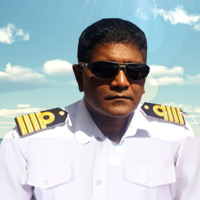 “THIS IS A DREAM COME TRUE” for us. Read more 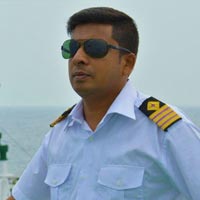 I am delighted to play a part in creating history with LAUGFS Maritime Services, one of South Asia’s fastest growing maritime company in Sri Lanka. Read more 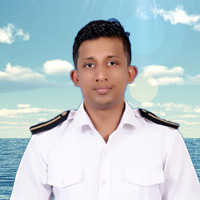 To be a team member of LAUGFS Maritime is to be a true professional and I would recommend it to anyone who is up to the challenge. Read more

At the inception of the company when LAUGFS Maritime Services requested me to take over and deliver the first Sri Lankan owned Gas Carrier “Gas Challenger” I was in a bit of a dilemma, because at the time, I was in a foreign country and on my way to the airport after getting off from Vessel and was eagerly looking forward to spend time with my family.

But at the same time I felt really honored that the company placed their trust in me with their first vessel, so I accepted once I reached Sri Lanka. Now, after a few years with LAUGFS I am truly happy that I took the decision to work with LAUGFS. Then when the task was given to bring home the second vessel “Gas Success” I was even more thrilled, because the company was expanding.

Having worked overseas under different foreign managements I am truly humbled to be able to discharge my services to a truly Sri Lankan Company which is owned, managed and manned by Sri Lankans.

Navigation and Engine Cadets from all maritime training institutes in Sri Lanka have been given training onboard these vessels.
Most of the officers & crew who have worked under foreign companies have now gotten a chance to work in a truly Sri Lankan environment.
Families have been given opportunities to visit the vessels and see with their own eyes a sailor's working environment and crew members get the opportunity to visit home when vessels arrive in Colombo.

I would like to thank the Chairman and the Management of LAUGFS Maritime Services for giving us this opportunity and in return we guarantee to deliver the maximum effort to upgrade and maintain your precious floating properties and while continuing to be a part of the expanding maritime sector of the company.
Lastly “THIS IS A DREAM COME TRUE” for us.

I wish LAUGFS Maritime Services all the very best in their future endeavors.

Coming from the rural town of Embilipitiya, I did my studies at Embilipitiya President College and obtained my higher education in Nautical studies and Technology from the University of Moratuwa, Institute of Technology. Finding a ship to get mandatory training straight after college was no easy tasks as there was a long waiting list of cadets in Sri Lanka. However I was very fortunate to get a placement with LAUGFS Maritime Services.c Gas Challenger is an awesome ship as its management takes a sensitive approach on the ship’s controls and developments and also uses effective bridge team management concepts and I was lucky enough to be one of the first to be admitted as deck cadet to the vessel Gas Challenger.

Spending months away at a time separate from family and loved ones drives away many people to leave, but for me the rewards gained is more than the price. It can be hard work and sometimes lonely, but as with everything it’s only as good or as bad as you make it. All my hard work and dedication was realized by LAUGFS and now I am to be promoted to the rank of 3rd Officer.

The sense of achievement and recognition I got from LAUGFS has motivated me to be the best at what I do whilst and continuing my studies. I would like to thank all those seamen who went out of their way to train me each and every part of navigation and other things related to gas operations. My overall thanks goes to LAUGFS for the rare opportunity given to me.

To be a team member of LAUGFS Maritime is to be a true professional and I would recommend it to anyone who is up to the challenge.

I began my sea career after getting diploma at Technician Training Institute, Katunayake. My first role was that of an Engine Cadet at a foreign company. Since then I’ve made up my way through sea career step by step as a fourth engineer, third engineer and second engineer on various types of foreign vessels. All companies that I worked for were owned by foreign owners sailing under foreign flags.

In 2014, I was given a chance to take over a gas ship on behalf of LAUGFS, as a Chief Engineer, for whom I am very thankful for giving me such an opportunity.

In August 2014, I left to Malta with Capt. Anuradha Abeywickrama to take over the vessel, “Gas Puffer”. It was our first take over and it was huge task for me, my captain & for the company as well, to make it successful. Once we took over the vessel, first thing to be done was to change the name as “GAS CHALLENGER” and register it in Colombo, The first gas tanker to do so.

We sailed through Suez Canal with SRI LANKAN flag since a longtime and reached to Colombo with full load of LPG mix. We were warmly welcomed by LAUGFS Chairman, Managing director and other officials and that was the moment I felt that I was home with a promise to be treated as LAUGFS’s family.

It was dream come true for me. My dream was always to work for mother nation & on behalf of her future and through LAUGFS I have got a chance to take part in this perfect company to fulfill my dream. LAUGFS is found be giving help in hand to nation building and also as a company which take care of their employees far better than other private companies while protecting our country’s beauty and culture. On the other hand I get to work with fellow countrymen all the time and at least once a month. As the vessel calls Colombo we get a chance to see our loved ones regularly, which is not an opportunity that all seaman can have.

In October 2015, they gave me the opportunity to escort the second gas vessel, “GAS SUCCESS” along with Capt. Anuradha Abeywickrama. We had that same feeling as proud Sri Lankans while hoisting Sri Lankan flag and LAUGFS flag on our second vessel in Europe. It’s been years since I joined this company and I can say, the promises and support given by the company cherished me all along the past years and will for those yet to come.
I am delighted to play a part in creating history with LAUGFS Maritime Services, one of South Asia’s fastest growing maritime company in Sri Lanka.